After being assigned to Jakarta in 1996, joined the ISCI rugby club. There were only Japanese in the team of foreigners, Takamatsu (Seikei), Sugimoto (Osho Univ.), Kamibayashi (Osaka Univ.), And Umekawa (Tokyo Univ.).

An article about the Asian Japanese Rugby (AJRC) tournament held in Bangkok in 1999 was published in the Asahi Shimbun overseas edition, and a friend from Singapore sent me. When you drank this

“Jakarta is also in Asia. We want to come out.”

“But it’s impossible for 7 people.”

A poster created by Mrs. Oketani was posted on “Cosmo,” which was the only supermarket for Japanese people at the time, and a thread for recruiting rugby players was posted on the Japanese online bulletin board “Yorozu Indonesia” in Jakarta.

Whenever I visited a customer at work, I started to solicit them, asking them if they had any experience of rugby.

There were over 15 players in a blink of an eye, and a Japanese team was formed. 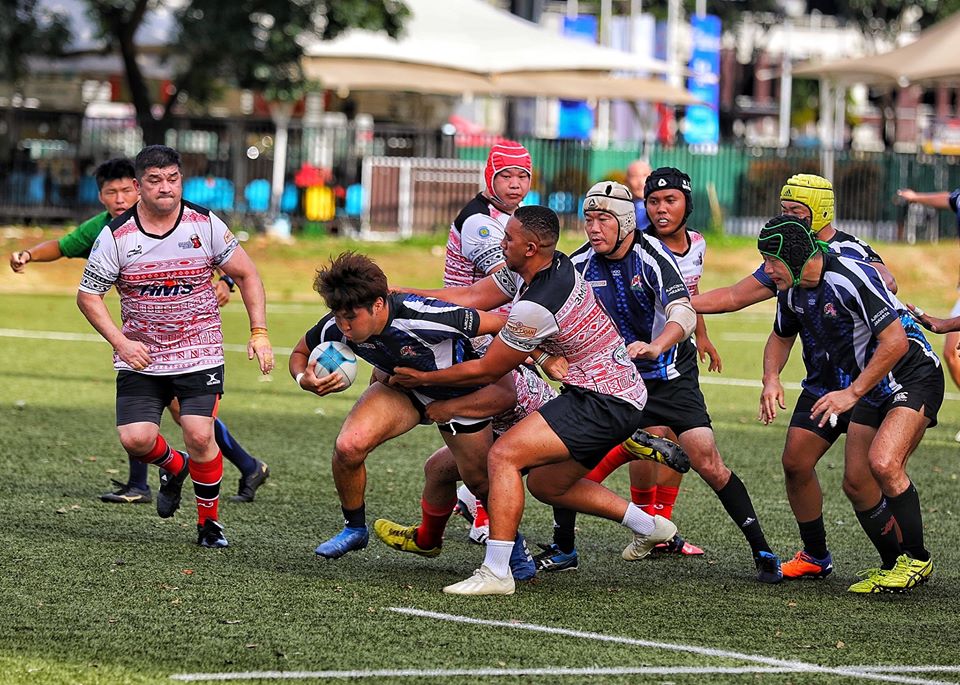